“..fear and anxiety are probably the most tractable scientifically… scientists are making progress in understanding the brain mechanisms underlying both normal and pathological fear and anxiety, and these findings are pointing the way to better treatments.” 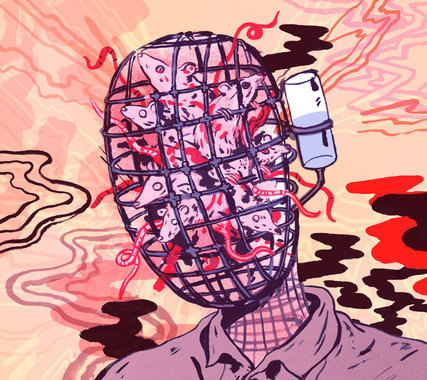 A few weeks ago I wrote in this series about the difference between fear and anxiety. In simple terms, I described fear as a response to an immediately present stimulus and anxiety as a worry or rumination about something that has yet to occur, or may never occur. These are normal, adaptive processes that have evolved in the brain because they help animals, including humans, survive and thrive.

But as we know, fear and anxiety can also become harmful. They play a central role in anxiety disorders, which include phobias, panic, post-traumatic stress, generalized anxiety and obsessive-compulsive disorder. While the line between normal protective states and disorders can blur, most people agree on a basic guideline: When fear or anxiety begin to interfere with daily life, an anxiety disorder exists. Problems with fear and anxiety also are co-conditions in many other psychiatric disorders, like depression, schizophrenia and autism, as well as in most major medical problems.

As many mental health professionals would tell you, the complicated and often elusive array of factors contributing to pathological fear and anxiety make these conditions challenging to diagnose and treat. Still, of all the various psychiatric disorders, fear and anxiety are probably the most tractable scientifically because they are based on alterations normal brain functions that are beginning to be well understood.  Indeed, scientists are making progress in understanding the brain mechanisms underlying both normal and pathological fear and anxiety, and these findings are pointing the way to better treatments.

We know a lot more about fear than anxiety because the former is simpler and easier to study and relate to brain mechanisms. Indeed, given that fear is a response to a stimulus, the task of finding out how the brain does fear is pretty straightforward. All you have to do is follow the stimulus through the brain from the sensory system that receives it (say, the auditory or visual system) to the motor system that controls the expression of the fear response. This is easier said than done, but much has been learned, and the basic results derived from studies with rats have been shown to apply to humans.  Fortunately, the brain mechanisms of fear and anxiety seem to overlap, so progress in understanding fear also helps understand anxiety as well.

So, how does fear work?

In a nutshell, the representation of the fear-arousing stimulus —  say, the sight of a snake or a mugger — travels from the sensory system to a brain region called the amygdala. There, the threat symbolized by the stimulus is detected, and responses that will help protect the rat or person from the threat are initiated by outputs of the amygdala to motor neurons, which control behavioral responses and other changes in body physiology.

Much of what we know about fear in the brain has come from studies that utilize Pavlovian conditioning. When a stimulus, like an auditory tone, occurs at the same time as a painful or otherwise aversive event, the tone comes to be associated with the pain and thereby acquires the capacity to trigger a protective fear (defense) response on its own. The association is formed in a small and very specific part of the amygdala by neurons there that receive sensory information simultaneously about the tone and the pain. This neural meshing triggers chemical processes in the amygdala cells that allow the tone to later activate the cells and trigger the defense responses singlehandedly.

Techniques for studying the human brain cannot reveal brain mechanisms with the same degree of precision possible in animal studies. For example, brain imaging techniques can tell you that the amygdala responds to tones or visual stimuli that have been paired with pain, but cannot reveal the exact areas or mechanisms involved. Still, such results reveal that at least to a first approximation the same basic mechanisms are at play when a human or a rat responds to a tone that has been associated with pain.

Why should we care about a tone paired with a painful stimulus in a rat or a human? People seldom are afraid of stimuli as simple as a tone. The important point is that the way the human brain detects and responds to threatening stimuli is similar regardless of whether the stimulus is a pure tone or an angry, aggressive person. And the responses that occur are similar in rats and people as well, regardless of the exact nature of the stimulus — muscles tense, blood pressure and heart rate rise, stress hormones are released.

What about pathological fear? Patients with anxiety disorders like phobias, panic and post-traumatic stress tend to have heightened amygdala activity in the absence of threats and sometimes further elevations when threats relevant to their disorder are presented. For example, arachnophobics are very attentive and responsive to spider-related stimuli — pictures of spiders, words or sentences related to spiders — but not to stimuli related to snakes; snake phobics have the opposite tendencies. Given that pathological fear seems to involve elevated amygdala activity, an important issue is whether that activity normalizes after successful therapy. While such studies are just beginning, data so far supports this conclusion.

Rat research has also helped in the development of new therapies for problems related to fear and anxiety. For example, a standard treatment for phobic disorder is exposure therapy. In this treatment, the patient is exposed to the phobic stimulus repeatedly in a safe context. Over several sessions, the fear elicited by the stimulus weakens, and the patient can live fear free, or at least with less fear. However, it is well established that life stress can reactivate phobic fears that were successfully treated. As a result, treatments with more persistent effects are being sought. Researchers found that exposure therapy in rats (also called extinction learning) was more resistant to recovery if it was combined with a drug called d-cycloserine. It appears that the drug achieves this effect by making extinction learning stronger, and thus less susceptible to relapse in the presence of stress. When tested in humans, the same result was found — more persistent therapeutic effects.

Another important finding is that the effectiveness of extinction in learning to diminish fear can be improved by carefully spacing the timing of the stimulus exposures. This seems to work by optimizing the timing of chemical processes in amygdala cells in relation to the stimulus presentations. If the presentations are too frequent the processes are unable to achieve their maximal effect. Studies of patients with fear disorders are underway.

Research on rats also suggests that learned fear can be reduced by dampening the memory on which fear is based. This approach takes advantage of the fact that memories become unstable when they are recalled, and unless the memory is stored afresh it is either eliminated or made inaccessible. Rats that are made to fear a sound associated with pain stop responding fearfully to the sound if the re-storage is blocked with a drug. Similar results have been found in some studies of healthy people. Particularly important is the fact that the participants remembered the experience cognitively (they remember being conditioned with the sound and pain), but the sound no longer elicits the learned fear response. This approach offers the hope that the emotional impact of traumatic memories might be dampened in this way. However, the jury is still out as to whether emotional memories of complex life experiences can be manipulated in this way in patients suffering from traumatic stress.

Folk wisdom tells us to take a deep breath when feeling anxious. It turns out that this is scientifically sound advice. When the amygdala detects danger, not only do behavioral defense responses occur but also changes in body organs that provide physiological support for the energy about to be expended in defending yourself. These physiological changes produce sensations that you perceive as a key part of feeling anxious and stressed. Taking a deep breath (or several) jump-starts the body system that normally allows the body to recover from a fear arousing or anxious event. Controlled breathing, when done properly, relieves anxious symptoms without medication. The latter point is especially important. Learning simple tricks to self-regulate our emotions can be quite effective. These should probably be taught to children at an early age before they develop fear or anxiety disorders since bouts of fear or anxiety can sensitize one to further problems.

Science does not and may not ever have all the answers to questions about what fear is, how it works, how it relates to anxiety, how pathological fear and anxiety emerge from the normal processes and how the pathological states might be treated. But that shouldn’t stop mental health professionals and patients alike from putting to use what we know while scientists continue trying to meet the challenges of figuring out what we don’t.

Joseph LeDoux is a Henry and Lucy Moses Professor of Science, professor of neural science and psychology at New York University and director of the Emotional Brain Institute. He is the author of “The Emotional Brain: The Mysterious Underpinnings of Emotional Life” and “Synaptic Self: How Our Brains Become Who We Are.”